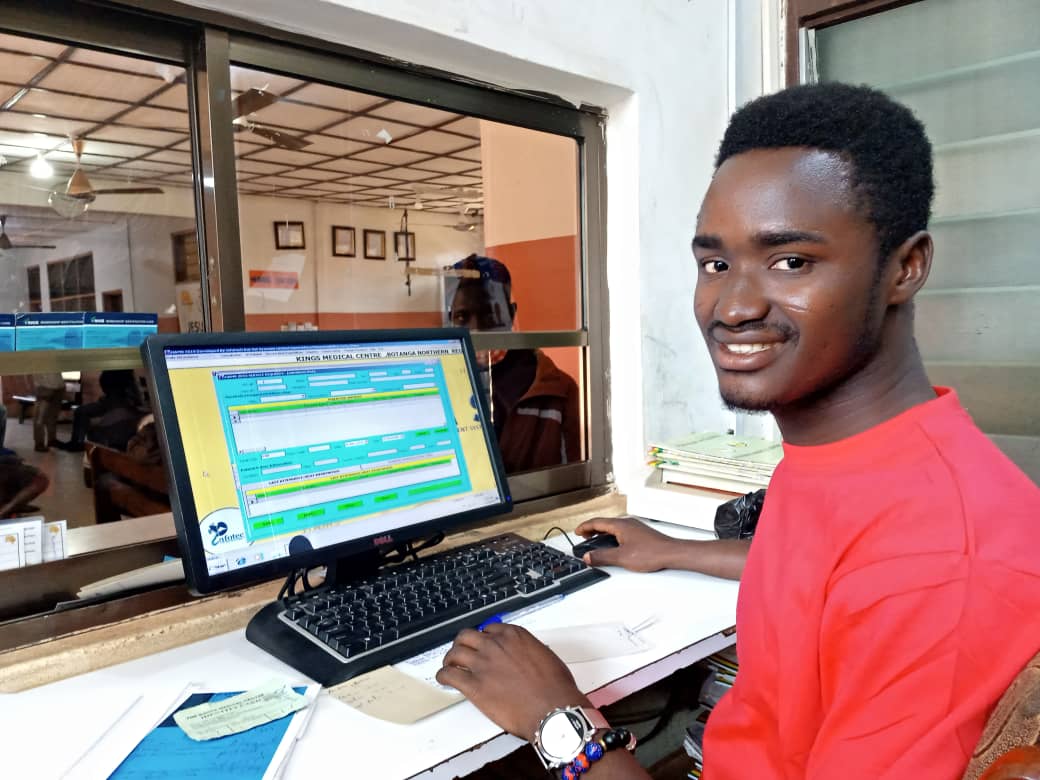 Our child sponsorship and education programme is one of our most important projects here at The King’s Village. Giving children the chance to learn and thrive means they gain access to opportunities usually deprived of people in this area.

Ebenezer’s mother died when he was 3 years old and he was brought up by his aunt who lives near to The King’s Village. She sells food and his uncle is a driver.
Ebenezer attended The King’s School from Kindergarten to Junior High and left in 2014 when he was able to get a place at a Senior High School (the equivalent of UK sixth form college).
He now works in the record department of The King’s Medical Centre.

With only 1 in 20 adults in Northern Ghana being literate, education is vital so children can access further education and employment like Ebenezer could.

To sponsor a child at our schools, click here.

10 years of the Nutrition Centre!

FIND OUT MORE, SUPPORT US OR VOLUNTEER

If you are an individual, church, school, teacher, medic or business that wants to find out more about supporting or volunteering at The King's Village Ghana then please get in touch and we will send you some further info. Thank you for your interest.

Get in touch, we'd love to hear from you